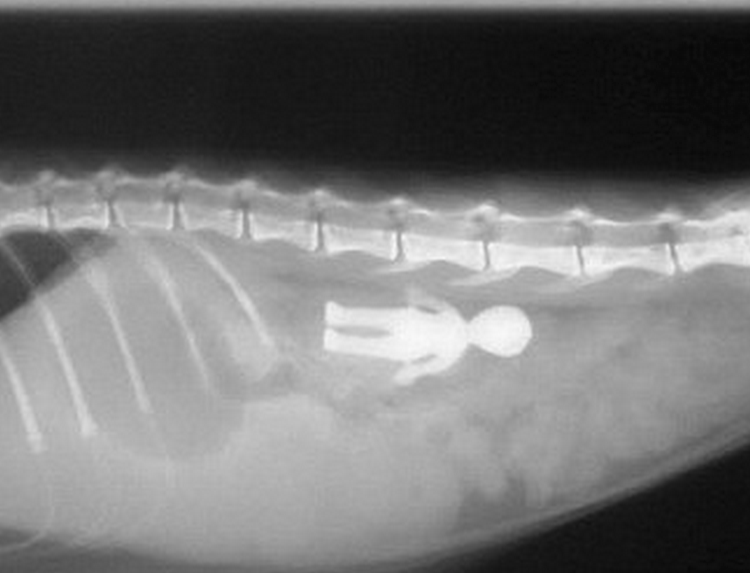 
We all know it’s impossible to monitor a pet’s every move, so sometimes they’re going to get into mischief — often in the form of eating things they shouldn’t.

So it’s no surprise that someone came up with a “They Ate What?!” competition. Veterinarians enter photos of the weirdest items they have successfully removed from pets’ stomachs. The most shocking entry wins $1,500 — and this year, that honor went to Dr. Shawn Messonnier, DVM, of Plano, Texas, who removed 30 rocks from a frog.

Among other notable contestants in the bizarre contest:

Basically, it’s hard to find anything that a pet somewhere has not done a “taste test” on.